New Delhi:  It’s a cocktail of utter disregard to physical distancing, power-display by the politicians, wrong administrative measures in distribution of essential commodities, insensitiveness towards low-wage earners and public doubt over distribution of funds received for combatting COVID. And none of them can be singly ruled out. It’s a combination which is lethal and venomous for the common man.

Political solidarity and oneness is best seen now when Union civil aviation minister Hardeep Singh Puri turned a blind eye to the domestic flights not keeping the middle seat vacant as per the official directive when the operations started on May 25. Lots of bytes were given to television news channels which kept touting the tight security and the new facilities at the Delhi airports which included disinfecting the passengers and the premises, foot-operated water dispensers and special marking for maintaining physical distancing. That is another story that many flights were rescheduled and others cancelled from both Mumbai and Delhi airport which exposed the mismanagement of the authorities and caused inconvenience to the passengers who were left in the lurch.

Similarly Union chemical and fertilisers  minister D.V. Sadanand Gowda refused to get himself quarantined when he landed at Bangalore.  He said that since he was monitoring the pharmaceutical progress which was under the essential services, he was thus officially exempted from the regular isolation, he exited from the airport.

Later the Prime Minister Office (PMO) asked him to quarantine himself at home. The PMO, however, has been biased.  When the media raised the voice against the DGCA and the Union civil aviation minister for taking the official directives lightly, the former came out with a note saying that after a fortnight the middle seat would be left unoccupied in the flights thereafter. 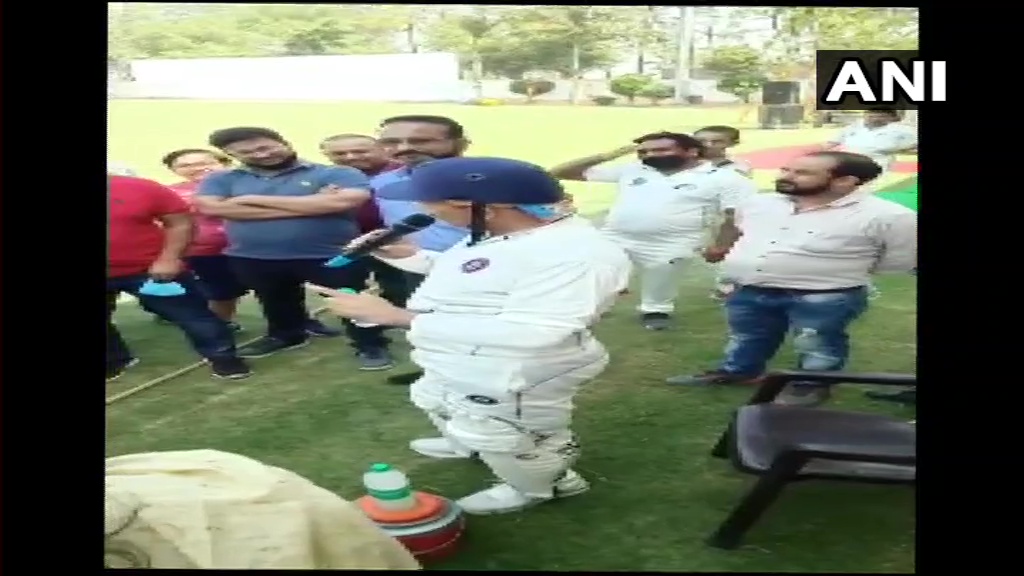 Bharatiya Janata Party (BJP) leader and MP from Delhi Manoj Tiwari went to play cricket at Sonipat in Haryana and had the temerity to flout the physical distancing and did not have any face shield. Instead of entangling himself in a controversy and bringing embarrassment to his party, he kept quiet and the Press also did not raise the issue with much vigour.

Now these three incidents have proved that the rules are only to be observed by  the common man who is regularly abiding by the guidelines issued as precautions during the shutdown in the country. He is crucified mentally when he finds the powerful politicians molding the rules according to their own whims.

Politicians do possess the power but during the shutdown they are mildly proving that they are ‘virus-proof’ which itself is a foolish thought to nurse when World Health Organisation (WHO) has been reiterating for long that COVID can penetrate anybody.

Not understanding the magnitude of the devastation wrought by the pandemic globally, the Indian politicians have proved themselves to be anti-law little knowing the repercussions of the common man.  They  may blow up their anger into arguments, violence and demonstrations against the government and the law enforcing agencies. This was seen when migrants became violent in Haryana and Maharastra.

This is an unprecedented level of flouting the directives which were made for their safety only.  Such actions of Indian politicians conjecture an ugly image of their country in bad light internationally, particularly in China, which is already penetrating in the Indian land in the last fortnight resulting in fistcuff fights in early May between Indian and Chinese soldiers not to talk of numerous face-offs and brawls.  The relations, however, seemed to have improved after Indian PM Narendra Modi and Chinese President Xi Jinping met at Wuhan in 2018 over the Doklam dispute. But it was not be.

The intrusion of Chinese soldiers is very close to Indian border and is visible through continuous monitoring by drones and Indian aircraft. India is keen on a mutual and cordial solution which is elusive since over 60 years from August 29, 1959 when the first indo-china border dispute erupted after the Chinese had intruded into Indian territory at Subansiri Frontier Division, south of Migyitun in Ladakh which the Chinese claim is its territory.

The three-day commanders’ meet in Delhi is significant as it is taking stock of the Chinese aggressive stance and mincing no words at its preparedness in combatting with it.  The rumour of a world war holds no ground as no country is willing  that the tension in the border states of China, Pakistan and Nepal may result in a world war seems to hold no ground as right now it is not feasible for any country economically.

Bharatiya Janata Party, Shri Jagat Prakash Nadda ji interacted with “Head of Missions” from 13 countries at the party’s central office in the fourth phase of the “Know BJP” campaign